After years of acting in one biopic after another, Chadwick Boseman’s role as Black Panther in the Avengers” films and the 2018 eponymous blockbuster, the ninth highest-grossing movie of all time, has established him as the rare breed of actor with star power. In the 2019 Golden Globe Awards, “Black Panther” ended up taking home the award for Outstanding Performance by a Cast in a Motion Picture as well as Outstanding Action Performance by a Stunt Ensemble in a Motion Picture.

Before Chadwick Boseman gained worldwide notoriety and recognition for playing T'Challa, the King of the fictional African nation Wakanda, he was known around Hollywood for being the go-to man for a biopic. Boseman was best known for his portrayal of Jackie Robinson in 42, James Brown in Get on Up, and Thurgood Marshall in Marshall.

Today, the Howard University graduate is a growing household name, by successfully breaking into the Marvel Cinematic Universe to be the first black actor to play a lead role in a superhero movie, while being a source of inspiration for African American children and children worldwide.

Black Panther surprised Marvel Studios and everyone around the world when it became an international phenomenon. Just hours after the hotly anticipated premiere of "Black Panther," Vanity Fair reported that critics were unified in praise for what's being called Marvel's "first black superhero film."

According to Forbes, producers spent $200 million to make the movie and another $150 million to publicize it. Their gamble paid off. "Black Panther" lived up to the hype and then some by grossing $400 million domestically in the first 10 days ― the second-fastest behind only "Jurassic World." By the end of February 2018 "Black Panther" had blown past $700 million worldwide to become history's highest-grossing film with a black cast and continued on to make $700,059,566 (domestic) and $646,853,595 (international), totaling $1,346,913,161 (worldwide). 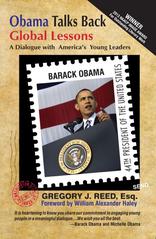 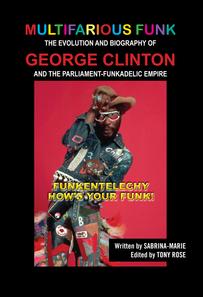 TONY ROSE IS AN NAACP IMAGE AWARD WINNER FOR OUTSTANDINGLITERATURE

The election is over and we have to move on. But, the legacy, writings, teachings and speeches, of President Barack Obama, the nation's first African American President of the United States of America, will live on forever, in the NAACP IMAGE AWARD WINNING COMEMORATIVE BOOK, "OBAMA TALKS BACK".

President Barack Obama achieved landslide victories in 2008 and 2012. His presidency has touched the lives of all Americans and the entire world more so than any previous president. During his presidency, he sought to continue that inspiration by maintaining an engaged relationship with the nation.

THIS OUTSTANDING AND HISTORIC COLLECTION of President Barack Obama’s, responses, public statements, quotations, policies, signed reforms and acts, during his tenure as President of the United States of America is the most comprehensive collection ever assembled as a book in the history of our nation for a President. To purchase this Award Winning Commemorative book of the Obama Administration Years "Obama Talks Back", (Amber Books) go to www.amazon.com - www.BN.com - www.tonyroseenterprises.com 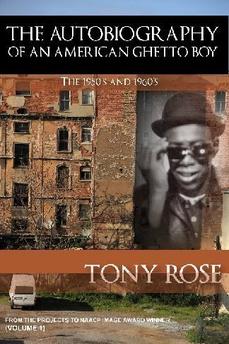 While editing and preparing for publication this brilliant book by Sabrina-Marie on the extraordinary life of the living musical genius that is George Clinton, founder of the Parliament-Funkadelic empire, I began to remember and realize that I had once been a weed smoking, drug taking, alcohol drinking, no head, no backstage pass, full-fledged, dues paying, card carrying member of the Parliament-Funkadelic Nation, a true funkateer. My motherfunkin ass had danced and gotten high many times while partying and jammin’ to the music of The Parliaments, then the Funkadelics, and then Parliament-Funkadelics, through the late 60’s, all through the 70’s, and I felt that I was always, truly, standing on the verge of gettin’ it on and doing something great. I had funkafied hundreds and hundreds and hundreds, if not thousands of girls while living in Boston, then Japan, South Korea, South Vietnam and even some North Vietnamese girls, then some Northern California girls, then back to Boston girls, then some cross country American ghetto girls, then some Los Angeles girls and then some Chicago girls, then funkafied some more back inBoston girls, to the music of the Funkadelic albums, Free Your Mind…and Your Ass Will Follow, Maggot Brain, America Eats Its Young, Cosmic Slop, Standing on the Verge of Getting It On, Let’s Take It to the Stage, Tales of Kidd Funkadelic, Hardcore Jollies, One Nation Under a Groove, Uncle Jam Wants You.

And the, Funkadelic singles, Music for My Mother, I’ll Bet You, I Got a Thing, You Got a Thing, Everybody’s Got a Thing, I Wanna Know If It’s Good to You?, You and Your Folks, Me and My Folks,Can You Get to That, Hit It and Quit It, A Joyful Process, Loose Booty, Cosmic Slop, Standing on the Verge of Getting It On, Red Hot Momma, Get Off Your Ass and Jam, Better by the Pound, Let’s Take It to the Stage, Undisco Kidd, Comin’ Round the Mountain, Smokey, One Nation Under a Groove, Cholly (Funk Getting Ready To Roll!), (Not Just) Knee Deep, Uncle Jam.

And then the, Parliament albums, Up for the Down Stroke, Chocolate City, Mothership Connection, The Clones of Dr. Funkenstein, Funkentelechy Vs. the Placebo Syndrome, Motor Booty Affair, Gloryhallastoopid, Trombipulation, and the infamous, Parliament singles, Breakdown, Up For The Down Stroke, Testify, Chocolate City, Ride On, Chocolate City, P. Funk (Wants to Get Funked Up), Tear The Roof Off The Sucker (Give Up The Funk), Mothership Connection (Star Child), Do That Stuff, Dr. Funkenstein, Fantasy Is Reality, Bop Gun (Endangered Species), Flash Light, Funkentelechy, Aqua Boogie (A Psychoalphadiscobetabioaquadoloop, Rumpofsteelskin, Party People, Theme From The Black Hole, The Big Bang Theory, Agony of DeFeet,with Funkentelechy being my favorite song of all time to funk the girls and the world with, to sing to, write to, and play to.

And by the time it’s early 1979 and I meet Maurice Starr, and his song About Time I Funk You Baby, I was ready to free my mind and let my ass follow, and then I would meet, manage and produce, Prince Charles Alexander and do a song called In the Streets,by Prince Charles and the City Beat Band, and we absolutely and magnificently, truly, funkafied the whole world, all thanks to the master, the legend, the master blaster of all that is funky, the Bop Gun himself, George Clinton, who made us and hundreds of his second and third generation funkateers, not just knee deep in the funk, but one nation under the groove! So, I dedicate this first Retro Book on the life of George Clinton, to my old back in the day musician friends, Prince Charles Alexander and Maurice Starr, two of the funkiest cats ever. 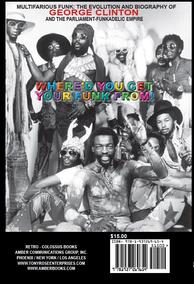 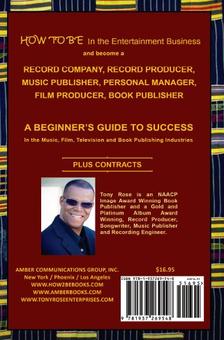 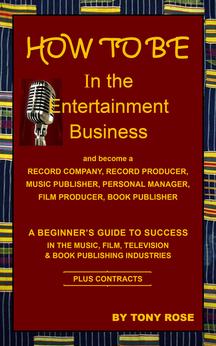 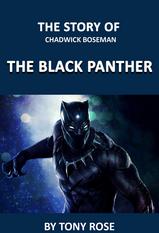