How to Be in The Entertainment Industry
A Beginner’s Guide to Success in the Music, Film,
Television and Book Publishing Industries

in his Roxbury (Boston) based, 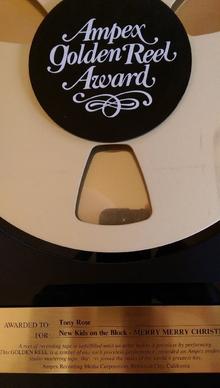 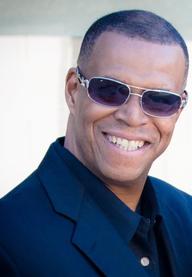 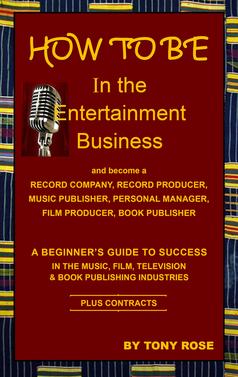 Tony Rose was born in Roxbury (Boston) Massachusetts and raised in the Whittier Street Housing Projects.  He was honorably discharged from the U.S. Air Force after serving in the Vietnam War, and attended the University of Massachusetts, the University of California in Los Angeles and the New England Conservatory of Music, Boston, MA. He was employed as a production assistant at the Burbank Studios (Warner Brothers and Columbia Pictures), in the accounting and sales division at Warner/Electra/Atlantic Records (WEA), as an accounts representative at Warren Lanier Public Relations and as an A&R Representative at RCA Records, Los Angeles, California.

Rose returned to Boston and along with record producer Maurice Starr became the primary architect of “The Roxbury (Boston) Black Music Scene” a movement that ultimately led to the discovery of the international blockbusters Prince Charles and the City Beat Band, The Jonzun Crew, New Edition and New Kids on the Block.  Rose held recording / production deals with Virgin Records, Atlantic Records, Pavilion and CBS/Sony Records.

Rose was a successful Executive Producer, Record Producer, Record Company Owner, Personal Manager, Music Publisher, Recording Studio Owner, Recording Engineer, Song Writer and Composer for more than fifteen years.  His Solid Platinum Records and Productions was the first African American production company to have a production deal with Virgin Records. Albums produced by Rose, Gang War and Stone Killers by Prince Charles and the City Beat Band reached Gold Album status and shared the charts with Michael Jackson’s Thriller for six consecutive months in the number one, two and three positions throughout the world; and his legendary Prince Charles and the City Beat Band albums Gang War, Stone Killers, Combat Zone and singles, have accounted for more than Four Million sold worldwide.  Rose’s many music awards include “Gold” and “Platinum” Albums and “Ampex Golden Reel" Awards for recording and engineering New Kids on the Block.  Rose, has also penned Before the Legend – The Rise of New Kids on the Block and …A Guy Named Maurice Starr – The Early Years, published August 2008.

In 2009, Charles C. Yancey, The City of Boston and The Boston City Council presented Tony Rose, Maurice Starr and Prince Charles Alexander an Official Resolution for their success in the Music / Recording Industry.

In 2010 Tony Rose was named by Pacey C. Foster, Professor of Management, University Of Massachusetts at Boston, author of - Hip Hop In the Hub: How Boston Rap Remained Underground - The Story of Boston's Hip Hop Community From 1979-2006 - The GodFather of Boston Rap for producing, distributing and releasing, on Solid Platinum Records and Productions - Boston and New England's - first Rap Records - Tight Jeans and Passion from the album Gang War by Prince Charles and The City Beat Band, and the singles Sweat It Off & Hood Rock by Kevin Fleetwood and the Cadillacs of Sound. 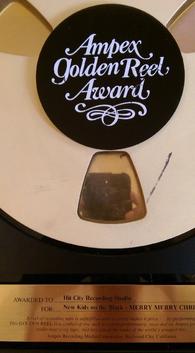